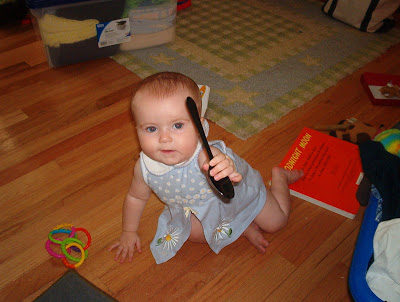 There are other words on the cusp too, like "mama" and "baby." This is just another reminder that there is no bright line between speaking and non-speaking and that we evolve into it gradually. But there is no doubt that Quinn absolutely wants to communicate and will probably be talking up a storm before we know it.
Posted by t at 9:01 PM