OK, so just one quick thing before getting some work done...

My first reaction was: Holy crap! 76 seats! I had no idea Hamas would do so well. Regardless of what you think of Hamas (and for the record, I think killing civilians is always wrong, no matter how just your cause), this result speaks volumes to the level of anger among Palestinians about the Israeli occupation.

My second reaction: the NYT slide show has all the same images of elderly women with ink on their fingers and women lining up to vote that they had for the Iraqi elections, but something tells me that these pictures aren't going to make it into the Bush administration slide show about "changing the Arab world" and "moving towards democracy." Funny thing, democracy.

Anyway, a longer post about Israel and Palestine is forthcoming, but not before Saturday. Ack.

Oooph - this week has been kicking my bootay, and hence no time to blog. After my proposal is turned in Friday I should have something to say. In the meantime, here are some pics I took from the big snow in December. Look at them and then meditate upon how (comparatively) ridiculously warm its been since New Years. 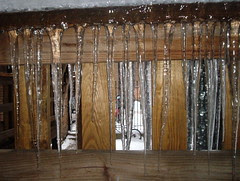 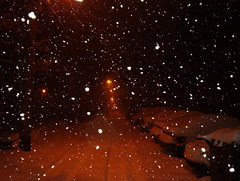 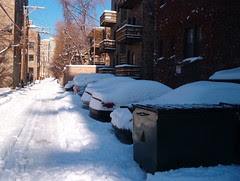 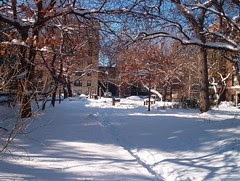 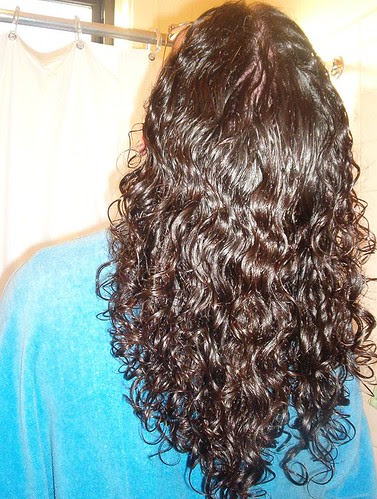 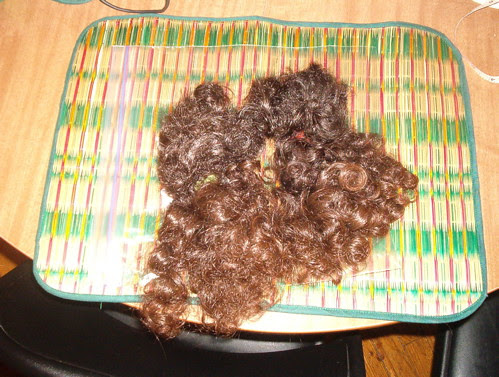 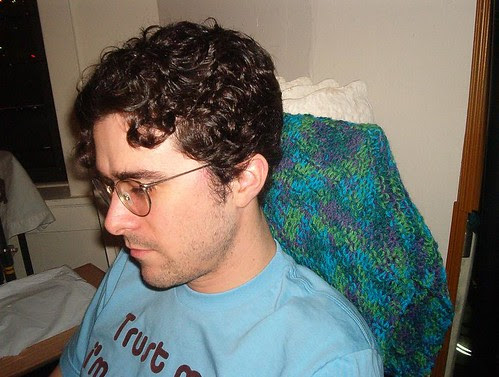 Yes, the time had come, which chiefly means that the length of my hair finally met the minimum requirement (10 inches) for a donation to Locks of Love, a very nice group who make high-quality hairpieces for children with medical hairloss. And so now I have short hair again, just in time for spring (ha!).
Posted by t at 3:30 PM 3 comments:

Happy New Year! To prove to you that 2006 is not such a boring year, check this out.

I actually do get paid to study exploding stars of various types, but I also happen to think that they are quite cool in a 10-year-old astronomy geek sort of way. And one topic I've always been fascinated with is archaeo-astronomy, or the use of historical and archaeological methods to learn about the universe. Excitingly, for nerds like me, this year marks the 1,000th anniversary of the brightest supernova ever recorded.

Supernovae are fantastically bright explosions that occur when certain types of stars reach the end of their life and decide to go out with a bang. They are also extremely rare events such that only five have ever been observed to occur within our own Milky Way galaxy, and all five happened before the invention of the telescope. Astronomers observe hundreds of these events every year in the multitude of distant galaxies, and in 1987 were lucky enough to observe a supernova occurring next-door in the Large Magellanic Cloud, a dwarf galaxy in orbit around the Milky Way. But for the last 400 years, there's been nothing going on here at home. 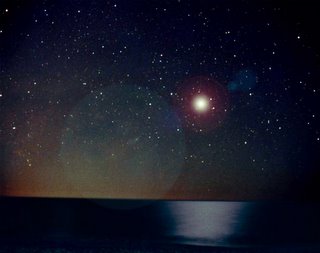 The five historical supernovae were first seen in the following years: 1006, 1054 (which created the famous Crab Nebula), 1181, 1572 (observed by Tycho Brahe, among others) and 1604 (observed by Johannes Kepler, among others). Of these five, SN 1006 was certainly the most impressive. At its peak, the supernova was brighter than Venus and nearly as bright as the full moon. The image here is a reconstruction (by astronomer Tunç Tezel) of how the supernova would have appeared.

It appeared on April 30 or May 1, and was visible in the sky for three years. The "guest star" was widely noticed: observations have survived from China, Japan, Egypt, Iraq, Yemen, Italy, and Switzerland. It made a big impression on the Chinese court astronomers, who kept very meticulous records of its position, and who reported:

its appearance was like the half Moon and it had pointed rays...
[It was] so brilliant that one could really see things clearly [by its light]

It rose regularly half an hour after sunset. It was not round, but rather was elongated; at its edges were lines like fingers. It showed great turbulence as though (reflected) in disturbed waters.

The monks at the Benedictine Abbey in St. Gallens, Switzerland also recorded the guest star:

A new star of unusual size appeared; it was glittering in appearance and dazzling the eyes, causing alarm. In a wonderful manner it was sometimes contracted, sometimes spread out, and moreover sometimes extinguished. It was seen, nevertheless, for three months in the inmost limits of the south, beyond all the constellations which are seen in the sky. 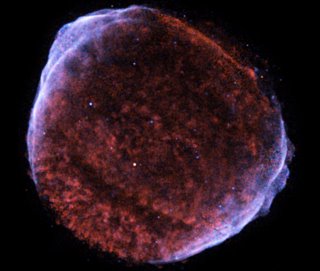 Astronomers and historians combined aspects from all these various records to triangulate where the supernova came from. In 1965, Milne and Gardner identified the remnant of the explosion by its radio emission and gave it the creative name G327.6+14.6. Interestingly, the position of the remnant would just have skimmed the top of the Alps when viewed from the Swiss monastery, occassionally passing behind the peaks, which nicely meshes with the monks' observations. The remnant is now an expanding bubble of star material that was flung outward by the explosion and has been slowing down ever since. The image is of the remnant observed in X-rays by the Chandra observatory.

Anyone interested in learning more should check out (from a library) "Historical Supernovae and their Remnants" by Stephenson & Green; it's where I got most of the info for this post, and it goes into a lot of depth about several other events also. The pictures are from the very cool Astronomy Picture of the Day website. Hopefully none of these fine people will sue me.
Posted by t at 7:33 PM 2 comments: