I find myself annoyed by smart people who summarily dismiss the scientific consenses supporting anthropogenic global warming or evolution because the science conflicts with their political beliefs. Yet I confess to being skeptical about the supposed benefits of unfettered free trade - a concept which commands a similarly broad consensus among economic experts (and among both political parties and the mainstram media). So what gives?

In the interest of self-critique and intellectual honesty (or at the very least, knowing thy enemy) I thought it would behoove me to learn some of the arguments behind free trade boosterism. Since this is an enormous topic I'll try to limit myself to understanding a narrower question: does trade liberalism lead to a "race to the bottom" in environmental and labor standards?

Ah. So, um ... not initially very enlightening. What I really want is for someone to honestly engage with this common concern about globalization and lay out some evidence for why its misguided. It gets a little better if you read one of their many longer reports, for example WTO Report Card III (pdf) by Aaron Lukas, which fleshes out the argument a little bit more (p. 10).

This is not to imply that a cleaner environment is the immediate result of economic development. Empirical studies have revealed the existence of an inverted U–shaped relationship, often called an “Environmental Kuznets Curve,” after the late American economist Simon Kuznets, between environmental degradation and income per capita."

So the initial impact of trade liberalization is in fact very likely to be environmental degradation and lowered labor standards. Nations often compete to attract foreign investment by setting up Export Processing Zones -- areas with lower tariff barriers and relaxed labor and environmental regulations. This is, of course, what free trade skeptics mean when they refer to the "race to the bottom" -- the first part of the "U".

The Cato-ites don't seem to deny that this occurs. What they argue that a competing force is actually more important in the long run, and they go on and on about how the environment in the U.S. and Europe has gotten cleaner and cleaner over the past 30 years, despite the fact that we've liberalized our trade policies.

However, this line of argument strikes me as completely disingenuous, however descriptive it might be. Trade policy didn't clean up the environment; government regulation did. The Clean Water Act. Banning leaded gasoline. Onerous burdens placed on the noble free market by meddling government agencies, or so sayeth libertarian Cato.

Anyway, there are numerous justice issues here that I won't go into, except to point out that the implied model of development here is for the poor in the developing world to suck it up and wait for their country to get over the hump -- if it ever does.

I will say that reading through Cato's reports clarified in my mind that many (but not all) of my objections to "free trade" aren't about trade policy per se, but are instead about the onerous structural adjustment programs imposed on developing nations as part of economic aid packages. Lowering tariffs is one thing, but privatizing water utilities and raising fees for school enrollment is entirely another.

In other words the solution for poverty and environmental degradation in developing countries is not necessarily trade protectionism -- although giving the finger to the IMF might actually help a lot. At any rate, the so-called Washington Consensus is much less of a sure thing among economists than the more vanilla free-trade arguments that Cato is talking about.

But these are all fine ideas for future posts, sorry this one was so long. And please feel free to tell me I'm wrong, or at least point me in the right direction...
Posted by t at 11:31 PM No comments:

a firecracker waiting to blow

Apparently Ryan Adams has sobered up after years of hard core drug abuse. I saw him play in late 2004 and I have to concur that the dude was seriously trying to kill himself. By the amount of alcohol he put away during his fairly short set, I was amazed he still had the eye-hand coordination to form chords with one hand and strum with the other. The concert itself was maddening: 15 minutes of giggling and drunken rambling between songs but when he bothered to actually play music he was genius. He played a version of "When The Stars Go Blue" that I've never forgotten.


Anyway, I'm glad he's decided pull himself out of his nosedive; he's clearly a very talented songwriter who could obviously benefit from a bit of clarity and focus. I always suspected that he has a masterpiece buried in him somewhere - maybe now he's got the chance to dig it out.


Apropos of nothing: the cheesy 80's song that was playing on my iPod yesterday morning? Oh yeah, that would be "Summer of '69." Ryan wouldn't approve, but still it's a fun song.

Well, since spring is loitering around our front door, saying its last few goodbyes and reluctantly fading into summer, it seemed like a good time to celebrate with some pictures. 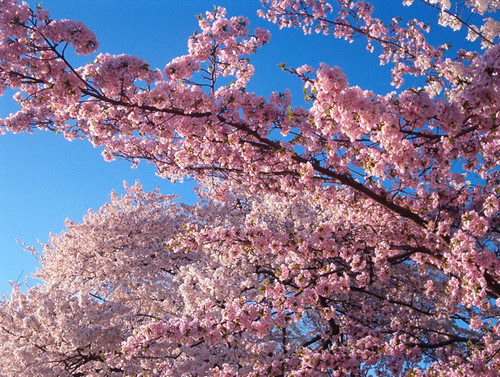 Early April found us down at the Tidal Basin to look at the cherry blossoms. It snowed a few days later. 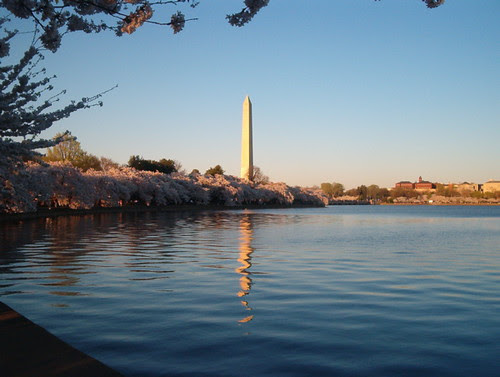 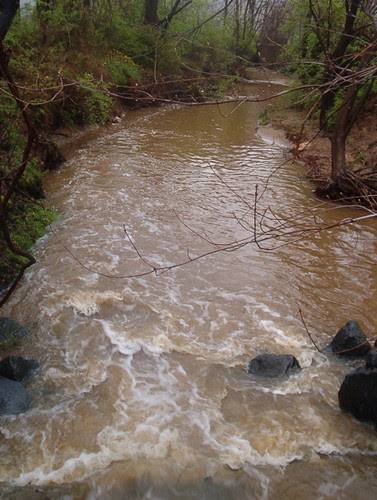 Four Mile Run, near our house, after a storm in late April. May flowers from the front yard. Dogwood perhaps? I wish I knew the first thing about plants... 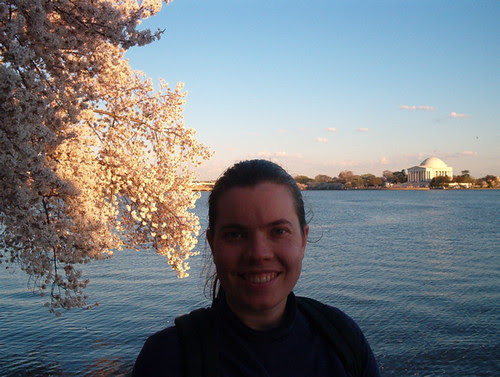