Kevin Drum has a pointed article on what Barack Obama needs to do to actually pass the ambitious progressive agenda he campaigned on. In short, Obama needs to use his considerable rhetorical gifts to convince the nation not just to vote for him (check), but also to support him. The public still needs convincing that his specific policies will indeed bring about peace, prosperity, justice and sustainability. I bet this part will be harder.

Capping greenhouse gas emissions and securing universal health coverage won't come easy - the entrenched interests aren't just going to lay down. It's going to be a fight. Leaving Iraq won't be a cakewalk either. Interestingly, Drum dredges up an old story about Franklin Roosevelt that nicely illustrates the other side of the policy change equation.

In a possibly apocryphal story told by I.F. Stone, FDR once met with a group of reformers who explained at length why he should support their cause. "Okay, you've convinced me," he told them. "Now go on out and bring pressure on me."

Janinsanfran is thinking along the same lines:

One the hardest truths for people in power to remember is that having a noisy, demanding, outsider grassroots constituency helps them govern. This is so even when they are getting jacked up and called names. This is something Obama should understand from his days as an organizer. Pushy people give cover to a progressive politician to get things done.

Having been in DC for over two years now this seems correct to me. Politicians are not leaders; they are followers. Watching the U.S. Senate (and to a lesser extent, the House) deliberate on various topics, I am constantly struck by how slow, conservative, incremental it is ... and how important agitated constituents are in providing cover for wavering politicians.

No successful social movement ever succeeds thanks to elected officials. Rather, the demands of social movements are institutionalized by politicians once they have built enough strength to be undeniable. That said, I think Obama understands this dynamic and his role in it. Here's hoping his supporters do too -- and don't let up after he's sworn in. There are great opportunities here, but still lots of work to do.
Posted by t at 9:16 PM No comments:

In the skies over Canada...

Here's a beautiful video of a small meteor that lit up the skies over Edmonton, Alberta last week. I feel like I've seen the CGI version of this scene numerous times - but this is real!

Apparently folks are using this and other videos to triangulate likely locations for any remains. It would be very cool to see an analysis of that. (via APOD.)
Posted by t at 2:39 PM No comments: 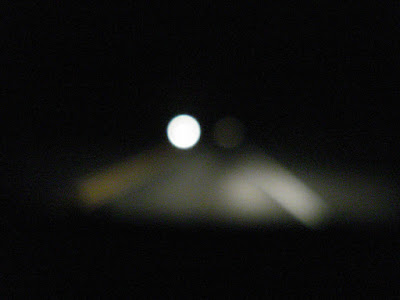 (late night driving somewhere in Delaware)
Posted by t at 8:48 AM 1 comment:

I found a way to link my various status updates together (Gmail Chat/AIM >> Twitter >> Facebook) and thought I would post it here in case anyone else might find it useful.
Now you never have to think about it again! Might not be the most elegant method, but it works. Improvement suggestions welcome!

One bummer is that this only works in one direction. This is fine with me since I'm constantly logged in to Gmail, but only periodically check Facebook. Second bummer is that Google status messages are stamped with "(via Gmail/Google Talk)"

This post mentions you can use Yahoo Pipes to edit your friendfeed and strip out the message stamp (among other things). And this works fine, but for some dumb reason, Yahoo Pipes is currently blocking twitterfeed's IP (at least according to the help page). So that's unhelpful. But if that problem ever gets solved, it would make the whole project a bit more nifty.

Yesterday's meeting between Bush and Obama reminds me of my favorite Obama anecdote. Back before the 2004 election -- when Obama was running for the U.S. Senate -- Congresswoman Jan Schakowsky (D-Illinois) visited the White House for a meeting with the president:

On her way out, she said, President Bush noticed her “obama” button. “He jumped back, almost literally,” she said. “And I knew what he was thinking. So I reassured him it was Obama, with a ‘b.’ And I explained who he was. The President said, ‘Well, I don’t know him.’ So I just said, ‘You will.’ ” 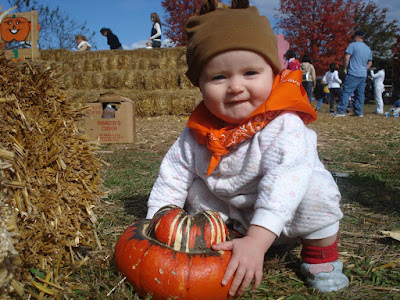 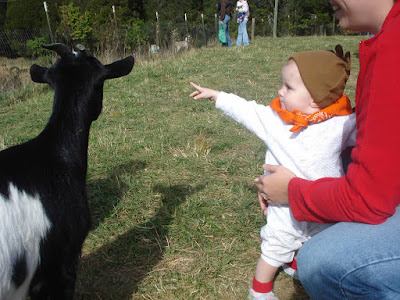 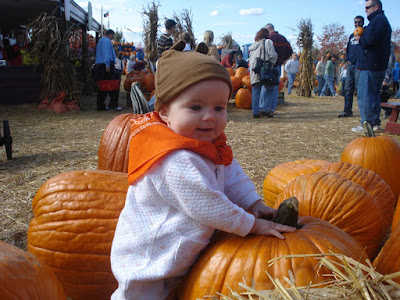 I was watching election returns in Arlington, Virginia -- just a two hour drive from the capital of the confederacy -- when a black man (with a hugely unlikely name) won the votes of that state and then the presidency of the United States. It was a great and hopeful moment. I think Abraham Lincoln must have looked down and smiled.

Now no one knows who will win tomorrow until the actual votes are counted ... I certainly won't believe Obama wins until Fox News admits it. But if Obama doesn't win tomorrow, there will be a lot of pollsters out of work come Wednesday. Just sayin...

As of right now:

(Chart courtesy of Charles Franklin.)
As John Scalzi says, it will be nice once this election is over so I'm not constantly "refreshing FiveThirtyEight.com like a rat at a feeder bar." That said, we're off to VA tomorrow morning for GOTV.
Posted by t at 9:10 PM 1 comment:

Kevin Drum runs down all the various names that Republicans have called Obama over the past few months: anti-semitic, anti-American, Marxist, socialist, extreme afrocentrist, who pals around with terrorists. (Update: also, traitor.) Terrorist fist jab. There's a lot of 'guilt by association' here, and not a little bit of nudging innuendo about the guy with the foreign sounding name. At least the socialist stuff is marginally topical (if absurd). I'm reminded of this great R.E.M. song, Exhuming McCarthy:
"You're honorable, more honorable than me
Loyal to the Bank of America."
The sleaziest attack has to be this latest one on the respected middle-east historian Rashid Khalidi. I heard Khalidi talk a few times at U of C -- he's very thoughtful and obviously knows his stuff. Of course, he's a vocal (some would say militant) advocate for Palestinian independence, which is apparently a hugely controversial stance for a Palestinian-American to take. Indeed, John McCain compared Khalidi to a neo-Nazi.

At any rate, it is not Obama's position we're talking about here. This collegial connection with a fellow faculty member is supposed to "raise questions" about Obama in the minds of voters. (It is honestly hard to believe there are questions about either candidate left to be raised. After 18 months of non-stop campaigning I feel like I know more than enough about both of 'em. "Raising questions" is code for "making slimy, unsubstantiated claims about my opponent without coming right out and saying anything directly.")

I'd say the same thing about Jeremiah Wright (and even William Ayers). We shouldn't penalize public figures for listening to or befriending people with views outside the mainstream. For eight years we've had a president who has surrounded himself with yes-men and lives in a bubble free from any criticism. It hasn't worked out. The Washington Post editorial on the whole affair states, "Our sense is that Mr. Obama is a man of considerable intellectual curiosity who can hear out a smart, if militant, advocate for the Palestinians without compromising his own position."

Its been fairly depressing to watch the descent of John McCain into negativity. Before this whole election started I had a fair bit of respect for McCain. I didn't agree with him on much, but I felt that he stood above some of the lamer aspects of modern politics, like its obsession with soundbites, talking points, "message of the day," as well as the smears and negative campaigning. I guess that's all gone now, maybe it was never there to begin with. A big election made of small things.
Posted by t at 2:42 PM No comments: