Here are some photos from Quinn's first (real) Halloween. 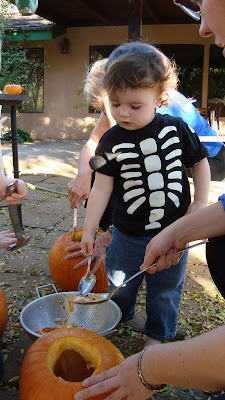 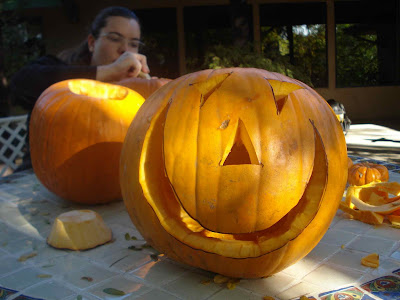 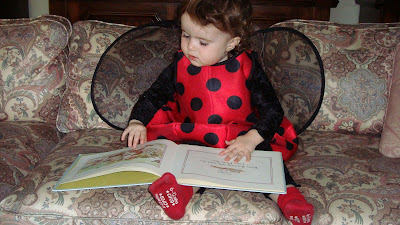 Quinn went as a ladybug - which she seemed to enjoy 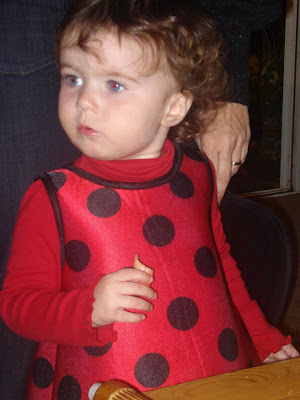 She was excited about the whole "trick-or-treat" phenomenon, at least in theory. Once we actually knocked on a door she got a little weirded out, so we ended up only hitting 2 houses before heading off to a party. 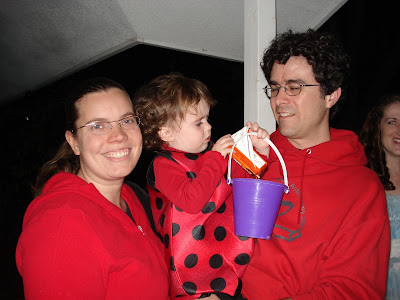 And she definitely liked the whole candy angle! We dressed up as (naturally) ladybug groupies. 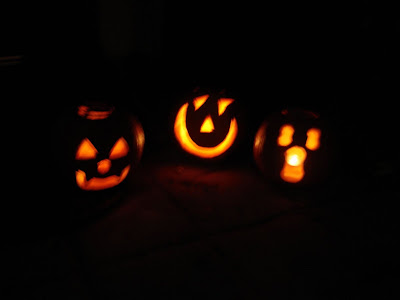 Violence in the Amazon

I meant to blog about this when it occurred, but in June tensions between amazonian indigenous tribes and the Peruvian government boiled over into violence that left dozens of policemen and indigenous protesters dead. The conflict was about oil exploration: the government is pushing for it, the indigenous groups are fighting it.

The incident itself is a little murky, with both sides claiming different stories of "who shot first." Tragically it seems possible that early, inflated reports of the indigenous death count may have led to revenge killings of captured policemen. The fallout does not seem to have resolved the underlying issues at all. You can find good round-ups of news coverage from Amazon Watch and Climate Science Watch.

A few weeks ago, a similar indigenous protest in Ecuador--this time over a new law governing mining and water rights--also turned violent, leading to scores of injuries and at least one death. The fallout from this confrontation seems to be more constructive than in Peru, with the left-wing Correa government accepting talks with the protesters and apparently agreeing to some of their demands. Again, Amazon Watch has the news round-up.

In Ecuador at least, the indigenous people are very well organized, very interested in protecting their sovereignty and (at 35% of the population) a voting bloc to be reckoned with. They are also on the cutting edge of movements for environmental protection. I am less familiar with the situation in Peru, but it is an issue I'm hoping to learn more about.
Posted by t at 1:35 AM 2 comments:

Email ThisBlogThis!Share to TwitterShare to FacebookShare to Pinterest
Labels: activism 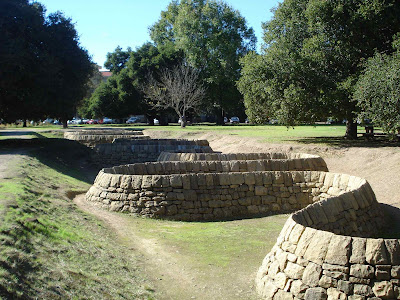 Stone River, by Andy Goldsworthy
I was at Stanford over the weekend for my class reunion and made a point to go see this Andy Goldsworthy installation outside the art museum. The curving stone wall is constructed in a shallow excavation, giving the impression of an archaeological dig or a vein of rock coursing through the earth's crust.

If you're not familiar with him, Goldsworthy is a British artist who uses the natural world -- sticks, leaves, stones, ice, landscapes -- as his canvas. A lot of his work is fleeting, captured only by camera, but lately he has been undertaking these massive curving wall installations.

I always have the same reaction to his work. At first I am wowed by the beauty of nature depicted in his photos, but then I realize that it is not really nature that I'm seeing -- at least not in the way that an Ansel Adams photograph is about nature. There is too much human ingenuity and manipulation out front and in your face; you just don't see patterns like these in the real world. Rather his art is almost a form of abstract design, using "nature" both as the medium and the topic.

Anyway, he's fantastic. There are any number of places to see his work online, such as here or here or here.

A fun side note is that Andy Goldsworthy seems to be the inspiration for a lot of the visual design of Spike Jonze's adaptation of Where the Wild Things Are (which was really good, by the way). For example, see this photo or the structure glimpsed fleetingly at 1:30 in the movie trailer.
Posted by t at 11:15 PM No comments:

Email ThisBlogThis!Share to TwitterShare to FacebookShare to Pinterest
Labels: snapshots

A few weeks ago we expeditioned ourselves across the bay to Hardly Strictly Bluegrass, a gigantic free concert in Golden Gate Park. The goal was to hear Neko Case play and then meetup with some friends for the closing show. But due to a titanic public transit fail (involving a very slow, very crowded bus and a surprisingly large number of drunken Brits), we missed Neko.

Argh. Very sad. (But of course no show is ever truly missed when you have youTube).

Anyway, we did find friends and we did catch Old Crow Medicine Show -- a string/bluegrass band from Nashville. They were pretty fun - lots of whoopin and hollerin and instrument-swappin. They crowded together in a tight cluster in the center of a big stage, like they were used to playing in elevators and unfamiliar with all that space. (Much of that night's set is up on YT, including this.)

Good songs too. The song that caught my ear during the show was Methamphetamine. Apparently their big signature song is Wagon Wheel, which was written by OCMS based on a Bob Dylan outtake. Anyway, it's nice to discover a new band - I'll have to keep an eye out for them in the future.

I just saw the new documentary, Crude, directed by Joe Berlinger about the lawsuit brought against Chevron on behalf of 30,000 indigenous Ecuadoreans over contamination from oil exploration. The film is quite good, probably the best and most accessible introduction to the issue that you will find, although I'm not sure in how many theaters it can be found.

The film focuses on the lawyers, particularly the American Stephen Donziger who has been pushing the suit for decades pro bono (although he stands to make a hefty sum if they win) and the Ecuadoreans Pablo Fajardo and Luis Yanza. Fajardo is the star, self-effacing but quietly charismatic -- he grew up impoverished in the oil fields, putting himself through law school at night to finally lead the legal team, in the process winning international environmental awards and getting profiled in glossy magazines. Donziger comes off as your stereotypical bossy American, although you have to admire the guy's tenacity and street smarts.

The filmmakers are clearly on the side of the locals, although they give Chevron plenty of space to (attempt to) defend their record and don't hesitate to question the motives and tactics of the plaintiffs. Their overall take on the situation is pretty similar to what we learned when we visited the region earlier this year, namely: Chevron is guilty as hell (although PetroEcuador is no angel either) and the prospect of a $27 billion payout has prompted them to pull every trick in the book to avoid it.

The highlight of the film are the on-site inspections of the waste oil pits performed by the court-appointed expert, which serve as a forum for the lawyers to go toe-to-toe. Fajardo presses his case amplified by testimony from a band of local residents, while Chevron is represented by a lawyer who might as well be straight from central casting. Great courtroom drama from the middle of a rainforest.

Today is Blog Action Day and the focus is on climate change. At this very instant I don't have anything deep to say about global warming except this: the U.S. is contemplating a complete restructuring of our energy system to address a very serious, but slow-moving, problem. On the crazy off-chance that the science is wrong and climate change isn't really a big deal what is the downside to having restructured our energy system away from fossil fuels and toward renewables? Not so much, really.

UCS's latest report -- Climate 2030 -- finds that policies that transition the country to a clean energy economy will end up saving people and businesses a lot of money through lower electricity bills, energy efficiency, green jobs and the like.

For those of us who live in areas with crappy air quality, reducing conventional air pollution (a potential side benefit of greenhouse gas reductions) could save tens of thousands of lives annually. Yes, that disgusting brown air actually does kill people, mostly via heart attacks and respiratory illnesses. And if you're worried about our dependence on foreign oil or happen to live near a mountain-top removal coal operation, this one is a no-brainer too.

Anyway, for more climate blogging I suggest checking out Dave Roberts, Joe Romm and Andy Revkin. Or check out this really interesting post on the climate impact of your wardrobe.
Posted by t at 11:39 PM No comments: