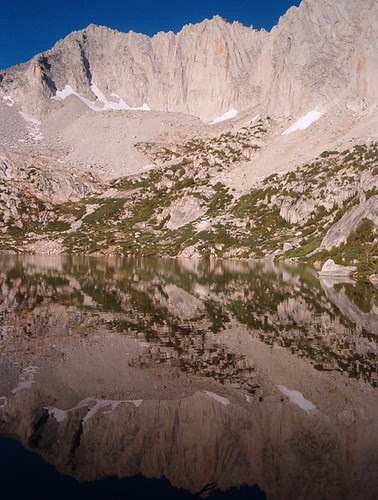 The next morning, the lake mirrored the mountains perfectly. 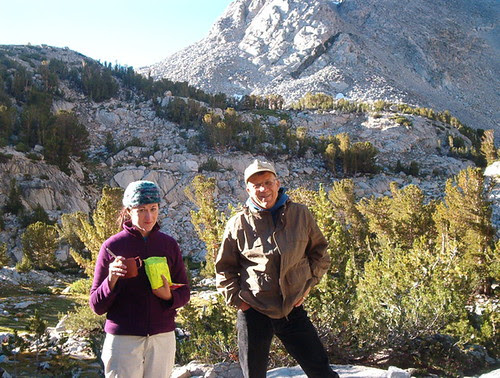 We had coffee and oatmeal and savored the sunlight. 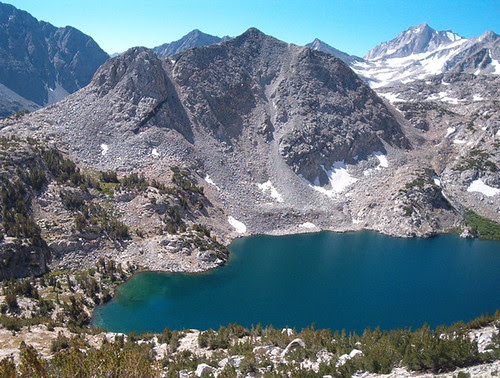 After packing up, we climbed up higher and there was a beautiful view to the south, including the lake we had just camped at. Sun and thin air meant that we were both hot and cold at the same time, and we stopped often to catch our breath. 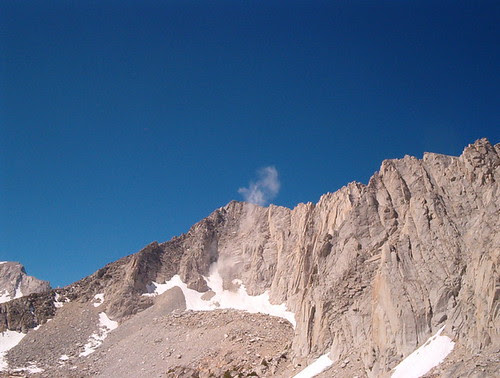 At one point, we heard a loud rumbling that sounded like a jet plane, but then we noticed the plume of dust rising up off the snowfield where an avalanche had just come to rest. Thankfully, it was on the other side of the canyon. 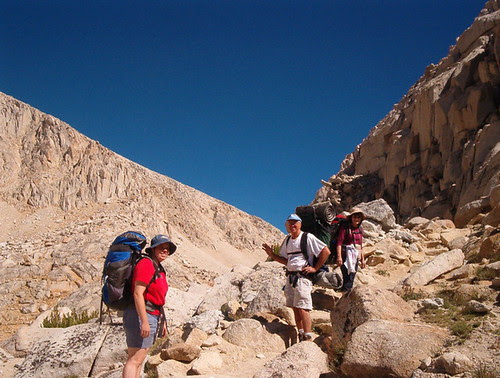 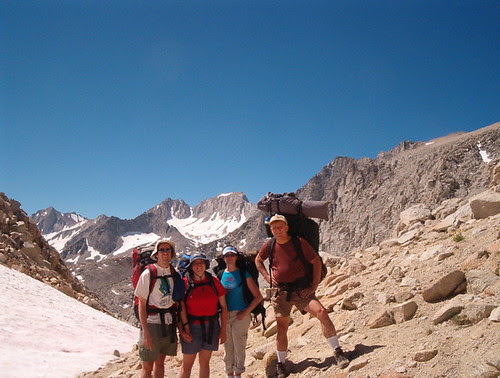 Mono Pass -- 12,000 feet above sea level, and we made it! Apparently this route, which is one of the easiest over the Sierras, was often used by the Mono Indians on the east side of the Sierras to trade with other tribes to the west. 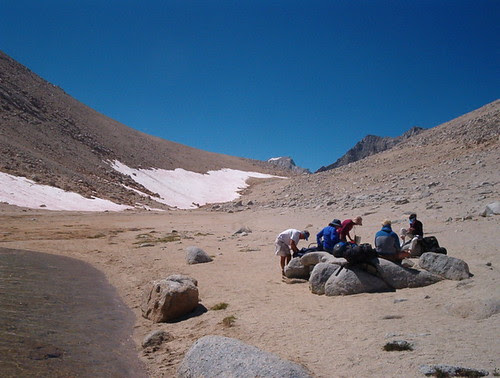 We had lunch at a lake just below the pass. There was nothing but rock and snow and wind - it was like eating on the moon. It was barely hospitable in high summer, so I can only guess what it's like here on a winter night. 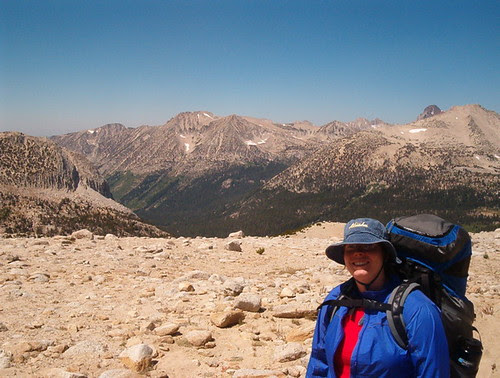 Finally, we started off for greener valleys below. Beyond this point we only ran into a small handful of people. A day of walking had wrung out all the pop songs and commercial jingles out of my head, and I became more aware of the sun and trees and water and just how gorgeous everything was. 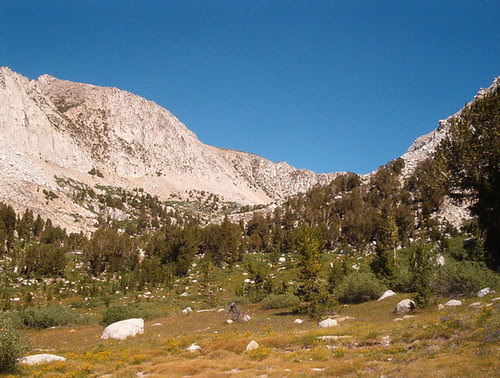 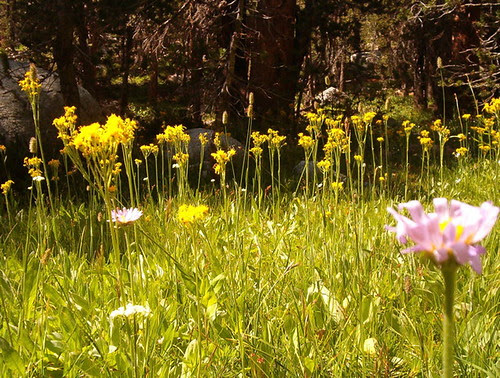 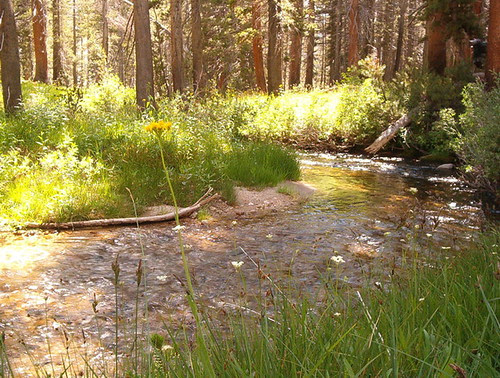 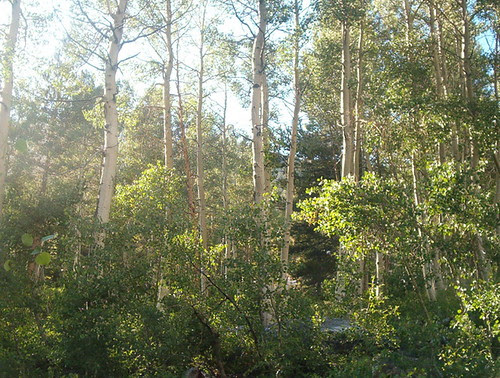 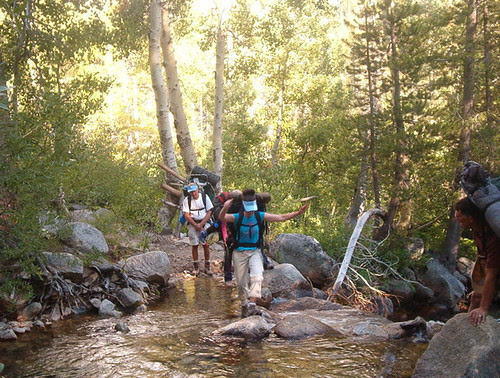 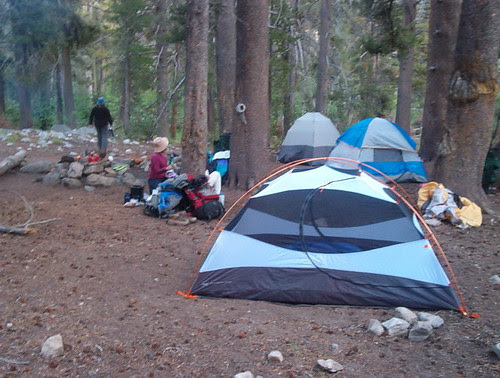 We made it below tree-line and found a great little campsite right by the stream. The one downside of camping low and by water are the foot-long, carnivorous mosquitoes that feast upon your flesh. 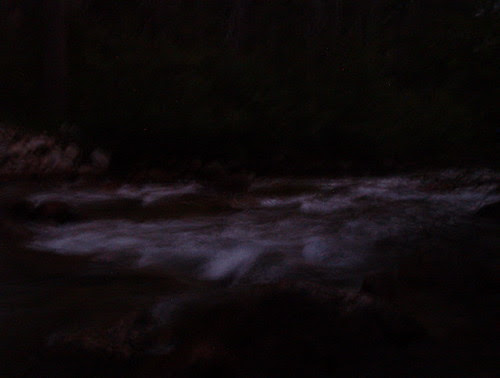 The stream at dusk, while I was shivering and doing the dishes.

Hi Tim,
I certainly enjoy reading your BLOG. This is my first reply to let you know I have been reading. I look forward to hear more about your new job. I am reading American Education a book that really shows the injustice that has afflicted our education system from the beginning. It is after all an education system run by rich white men. Anyway I loved the pictures of your hike through the sierras. Take care and I hope I see you and Laura Jean at Thanksgiving. Love Kathleen